You're Full of Facts, but you Lack Common Sense – #abledpeoplesay

I was once told by a man that people like me are full of facts, but we lack common sense.

It is an interesting point. I feel it goes in spirit of the #abledpeopleday Twitter trend. This statement, said to me, is one that I unfortunately think shows how people with cognitive disabilities are viewed by the general public. There is this assumption that because we do things differently, we lack common sense. He could not have been more wrong. He just couldn’t see from another point of view. For an example of his hypothesis, he asked me a simple question: 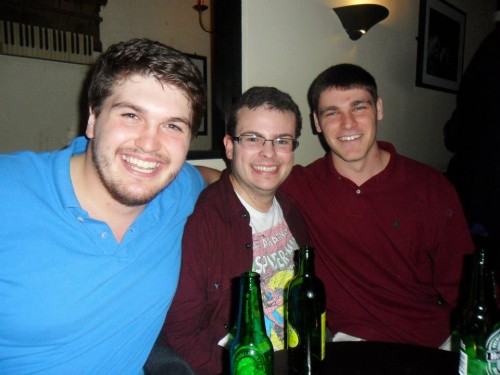 “What I would do if a friend of mine was drunk and needed a ride home?”

The answer was quite simple. It’s exactly what many people, regardless of a disability, would do in my situation. I told him that I would call someone to pick me up and that friend. He took this answer as the lack of common sense because to him, the obvious answer was to drive my friend myself. But this is just one solution, of many, to one situation. He saw his answer as the only solution. At that point I did not have my license and for me, driving that person would not only be scary, but dangerous. I was still uncomfortable driving a car. This wasn’t lack of common sense at all. In fact it was my common sense that solved the problem in the safest manner possible for all parties. This was an adaptation I had made to fit a situation and make it controllable for myself.

When I told this story to another peer, her answer was to call a cab. Yet another solution, unlike mine or the one asking the question. There is one simple point to this. What someone does may not seem to fit typical common sense. However, it doesn’t mean they don’t have a good reason behind their solution to a problem. The things that seem to make no sense at all to those on the outside, can actually be truly innovative once we take the time to learn why a person operates as they do. Where would we be in this world if everyone did everything the same? How many technological advances have happened because someone needed a new way of doing anything? I would urge that you not assume that the action of someone with a disability is one that is because of a lack of common sense or worse, intelligence. But that the action or reason is well thought out and tested.