One of my biggest concerns, about what I do, is the anxiety of when am I allowed to talk about an issue and when am I not, especially about social issues. I was born and identify as a white, straight male who has a disability. In many ways, my profile fits the oppressor, or part of the most vocal group. I can understand that history and do not want to take away from it. But I also want a voice to either support or have a chance to talk about my own ideas. For me that is a bit difficult because I agree with the rights of people to be able to speak and make changes. I do not mind giving people their rights. Some examples might be important. 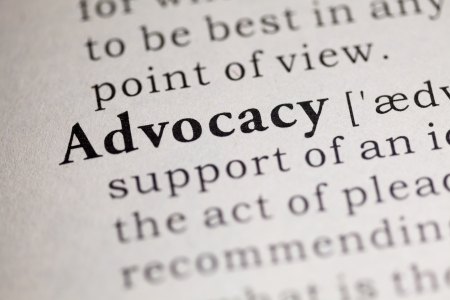 First lets start with me being male. Now I can already tell the hairs standing up and ready for a fight. I can understand that but let me be clear. I am not a meninist (vs. feminist)  or whatever that is. I believe in equal pay for women. I believe women can do everything that men can do. I am lucky to have a sister who has taught me a lot about women’s pride and rights and in her own right is very accomplished as a landscape architect. She has even ask me, for her upcoming wedding, in her own words “to be her maid of honor” which I accepted. Am I sexist at some points, I probably am. I am not perfect but hope to do better. I believe rape culture is real and that there is a lot of sexism. I believe it happens to both men and women but with women way more. But I do want to be able to have a perspective because this does affect me in some way. I have not always been treated nicely because I am not overly manly. But I also want my story to not contradict but go along with the major values that feminist and gender equality activist are talking about. I want to be a support, mostly an ally, but also hope, in some cases, be able to talk about my own life and how the systems they talk about, which I believe are wrong do effect them and also effects males to a smaller extent.

There are a lot of issues that actually intersect. Sometimes it feels like only certain people within those groups can “own” these issues. We are just starting to see trans gender issues being more heavily focused on in the LGBTQ community and asexuality is still out in the fringes. Even when we talk about homosexuality, it tends to be more focused on white males. When we talk about sexuality, as well, it is a topic that often gets glossed over with people who have disabilities.  We talk about hiring, firing, and under pay.  Both of these issues are cross-sectional. Both women and people with disabilities get underpaid. People who are LGBT or who have a disability (even sometimes religious affiliation) can be a “cause” for firing if not disclosed or disclosing can make you not get a job.  Both being disabled, a women or part of a particular ethnic group can make it less likely to get a promotion. Poverty is high among so many groups. Homelessness is a big issue for LGBT and people with disability. Even my so-called group of white, males with disabilities has it owns issues.

Disability also has it own ways of preferring people.

First off, people with disability often aren’t the one’s providing the main narrative around disability. The biggest groups to advocate for people with disabilities are those who don’t identify as having one. The main group tends to be professionals or parents. Their voices need to be heard, as they are important, but probably not the only or main voice.  People who experience disability themselves need to have a major voice because to have others speak for us can create somewhat of a false narrative.

We see the main narrative of people who are disabled to be cast in the light of being child like. It also shows disability in the most severe cases. This is actually a narrative that has somewhat been picked up by disability advocates themselves. I once had an activist tell me, I was fortunate enough not to have a readily seeable or physical disability. In some sense, yes that is lucky but in another sense no because it makes it harder for people to understand me. No matter what light it casts us, we cannot make an overall disability movement picking and choosing disability. His statement also made me feel separate from the disability movement and that he was not a person who I identified with despite before that I could probably identify with.  Do not get me wrong, though it is okay to have individualized disability movements within the major movement, this shouldn’t be a competition of physical vs. cognitive or who is more disabled. I can see this sometimes with people with learning disabilities, who are breaking away from the disabled community saying we aren’t like them. Mental Health is also entering the foray of the disability discussion. Within the Disability discussion, overall, there needs to be more recognition of diversity within and the breadth of our differing challenges, including  male and female issues ,sexuality, and consideration of cultural and ethnic viewpoints.  We don’t want to drown out voices of any person! We need more diversity and balance of our voices not to separate out anyone. None of us are “One size fits All”. Let’s value our differences as strength’s to be recognized, not to be angrily or competitively castigated.

At the end of the day, all these topics and issues are important. We need to remember, we are having conversations to start the change. In order to be heard, we also have to listen!

I see so many times that we have arguments instead of conversations. To change minds and heart, we not only need to talk about these ideas but we also need to listen respectfully to them and where they are coming from. At the end of the day, these issues are all human and civil rights. We need to be open to people asking questions and sharing their opinion and not always agreeing 100%. We need people’s stories and thoughts. We can value different perspectives working on social betterment whether it be Disability, LBGT or Women Rights, etc…. But we must not forget that in the end it ALL intersects in the idea of  Our Humanity.