What If Martin Luther King Was White?: Why Who Leads a Social Movement Is So Important 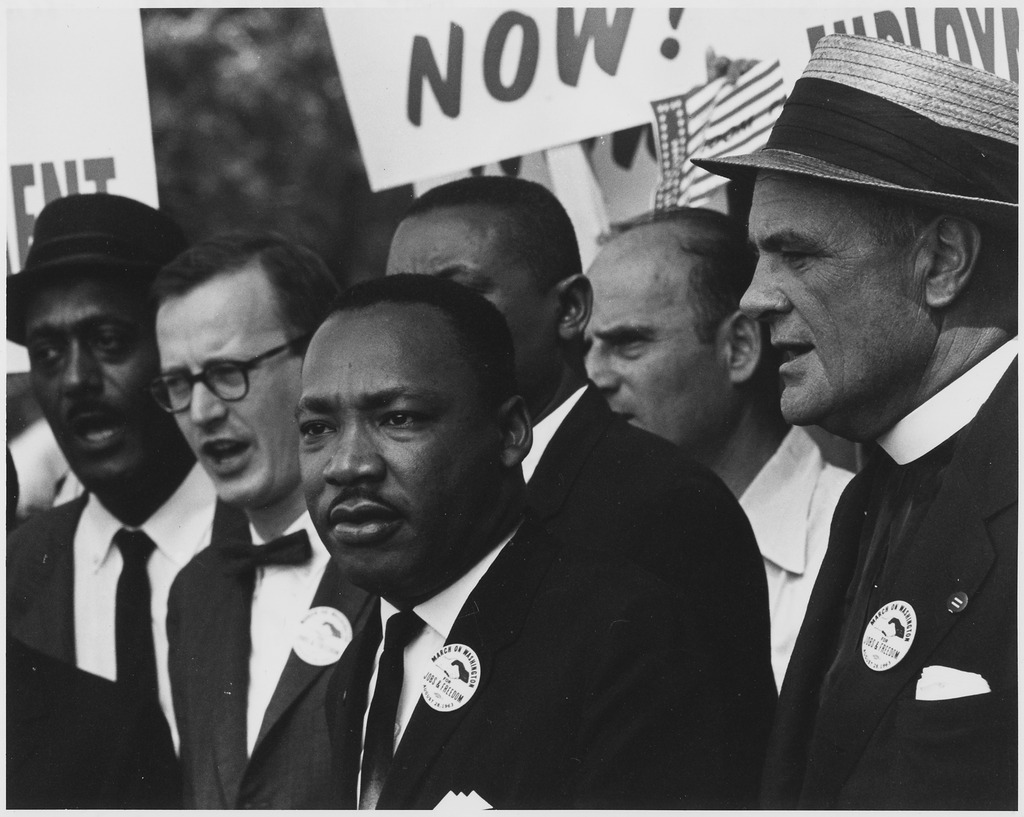 In any social or political movement it is important for the people asking for rights to be in the lead of asking for those rights. What would civil rights look like for African Americans if it weren’t for black leaders saying what they wanted their rights to be, rather than just having white people lead their movement? Would they get the same results? Conversely, can a movement work without having anyone from the outside involved?

Success or failure of any movement can be decided by who leads it.

Conversely, we can see with movements such as the abolitionist movement, while its members were acting in a good spirit, the group in power (white abolitionists) really dictated what rights the group they were working with (black slaves) wanted. They were not wrong about the rights per se, but the execution of getting those rights had ramifications that would be felt through the civil rights movement in the 1950s and ‘60s. For example, Jim Crow laws came about as a reaction to Reconstruction.

We can also see modern movements where the people asking for rights are not leading the charge or are not in full control of their leadership. We see this in two movements going on today—the women’s rights movement, and in the autism awareness movement.

When you see a debate on women’s issues in the political realm, it is often men getting the most air time, not women themselves.

The women’s rights movement is an interesting example because in many ways women have been at the forefront of their own movement for decades. Women were at the head of the suffrage movement in the 1920s, as well as getting the right to work, with leaders like Susan B. Anthony. Modern feminism, also known as third-wave of feminism, is very much headed by women. Where the issue comes in, is that these same women are often not leading the conversation in political and religious settings, marginalizing them in many ways. Reproductive rights, domestic violence, and rape, as well as other issues that the third-wave faces are mainly dealt with by men in political and religious settings. For example, when you see a debate on women’s issues in the political realm, either at the state level or nationwide, it is often men getting the most air time, not women themselves. In the religious sphere, the Vatican held a conference on women just last month that was made up of men and led by men.

We can see this a lot in the disability community as well. Autism is a major example where a lot of representation of the movement is done by people other than those on the autism spectrum. We hear many parents and scientists talking about what autism is, but we don’t as often hear the voices of people who actually have autism. There are people such as Ari Ne’eman, John Elder Robison, Temple Grandin, and more who are very well-known in the autistic community itself, and a bit in wider society, but who still get marginalized by not being the leading voices on autism. This leadership is still reserved to parents and scientists.

We hear many parents and scientists talking about what autism is, but we don’t as often hear the voices of people who actually have autism.

The largest advocacy group for autism is Autism Speaks, a highly controversial organization. Autism Speaks does not have anyone with autism on its board, and generally most of its money goes to trying to find the genetic cause for autism. Instead of accepting and advocating for autistic people as they are, their main objective seems to be finding a cure. What does this say about how they see people on the spectrum? As whole people like anyone else, or merely as a problem to be solved? Outside of Autism Speaks we see many discussions about autism where autistic people themselves have no voice in the conversation. One major topic of late is vaccination as a possible cause of autism. (I will tackle this hot-button issue in another article).

Only by working together as allies can we make real and lasting change happen.

While social movements must be led by those within them, without allies from outside the movements also getting involved, success is unfortunately not guaranteed. If you have people from outside the movement helping the movement it gives it a certain legitimacy. In some ways it is like a nation; if a state in America ever really does secede from the Union (as is so often threatened), they can say they are a new country, but until some other nation recognizes them, their claim wouldn’t have much merit. We can see this illustrated in the civil rights movement, where white sympathizers helped the cause to be heard. White civil rights leaders were murdered in the South along with their black counterparts, bringing wider attention to the violence there. (The fact that black lives didn’t seem to be enough is of course proof of the need for the movement in the first place.) The gay rights movement has also been helped by its straight allies—we have seen wider acceptance of homosexuality and gay marriage in this country since 1996, leading to at least 20 states legalizing gay marriage. And until men start standing up for women’s rights in greater numbers, change may not happen as swiftly as it needs to.

This is in no way a minimization of what African Americans, the gay community, and women have achieved on their own. My point is that movements need to be led by the groups asking for rights, but including people in the movement from the outside is very important. Only by working together as allies can we make real and lasting change happen.