The OTR - Outsider Art Exhibition Celebrates Art From Outside The Mainstream 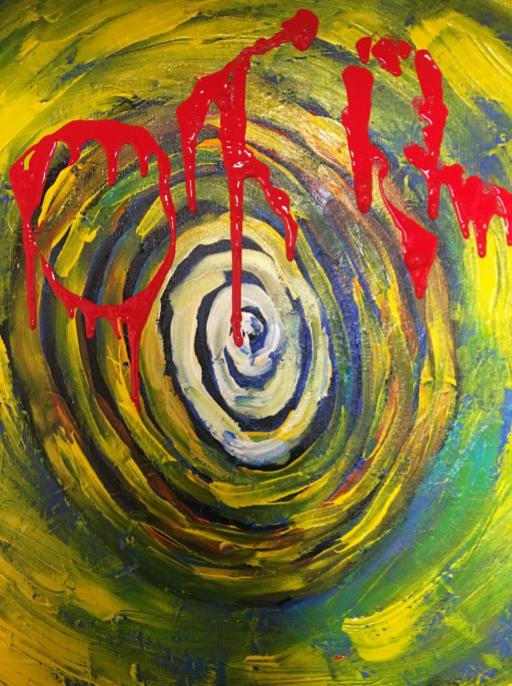 Outsider Art is art by self-taught or naïve art makers. Typically, those labeled as outsider artists have little or no contact with the mainstream art world or art institutions (Wikipedia).

The roots of outsider art began with French artist Jean Dubuffet (1901-1985).  Dubuffet focused particularly on art by those on the “outside” of the established art scene, using as examples psychiatric hospital patients and children. The term outsider art was coined by art critic Roger Cardinal in 1972 as an English synonym for art brut (French: [a? b?yt], "raw art" or "rough art"), the label created by Dubuffet to describe art created outside the boundaries of official culture.

Interest in the art of the mentally ill, along with that of children and the makers of "peasant art", was first demonstrated by "Der Blaue Reiter" group: Wassily Kandinsky, Auguste Macke, Franz Marc, Alexej Jawlensky, and others.

Outsider Art was expanded with Judith Scott (May 1, 1943 – March 15, 2005). She was an internationally-renowned American fiber sculptor.[2] Judith was born into a middle-class family in Cincinnati, Ohio, in 1943 along with her fraternal twin sister, Joyce. Unlike Joyce, Judith was born with Down Syndrome. During her infancy, Judith suffered from Scarlet Fever, which caused her to lose her hearing, a fact that remained unknown until much later on in her life.  In 1987 Judith was enrolled at the Creative Growth Art Center in Oakland, California, which supports people with developmental disabilities.[3] There, Judith discovered her passion and talent for abstract fiber art. Her work now appears in the Museum of Modern Art in New York as well as other venues around the world.

Similarly, Over-the-Rhine is a neighborhood in which German   immigrants of the mid-19thcentury settled, being outsiders of the established communities in Cincinnati. The area was across bridges over the Miami and Erie Canal (now Central Parkway), which separated the area from the mainstream communities of downtown Cincinnati.The canal was nicknamed "the Rhine" in reference to the river Rhine in Germany, and the newly-settled area north of the canal as  "Over the Rhine".[3][4] In German, the district was called über den Rhein.

Although “outsider” was coined to be those outside the mainstream or the established community, in essence we can all feel or experience at one time or another, being on the outside. That is just  part of the human experience. We hope by celebrating Outsider Art, we can have an experience that brings us together.