The ADA and Me 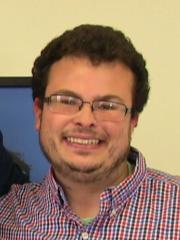 I have been lucky as I am part of the ADA generation. I was born in 1988 and the ADA was passed in July of 1990. This year we are celebrating the 30th anniversary of the life changing and monumental legislation. This has been such an important factor in my own life in ways I didn’t even know and am still learning about.

I had no idea what the impact of the ADA was until I took a class on Disability Studies.

Sadly, not uncommon to many people with disabilities or even the general population, I had no idea what the impact was until I took a class focused on Disability Culture and Equity in undergrad. Before then, if I even knew what the ADA was, it was for so-called “handicapped” parking spots, ramps, and curb cuts. It was something that affected other people with disabilities but not a person like me. There was more reference to the cultural achievement as a civil rights acts for people with disabilities accompanied by the powerful images of protestors scaling the stairs on capitol hill.  It was not necessarily about the legislation and its everyday impact or programmatic impact. That was not something I learned about until I took a class in graduate school from Syracuse’s Law School with an amazing professor on the ADA legislation and its impact. So, fortunately I have not gone most of my life without knowing about the ADA, what it does, and its implications for persons with disabilities and society. So, I have learned a bit, and continue to learn how it has already impacted my life and how it could further impact my life.

In college and graduate school, I used many different accommodations to succeed in the classroom.

Though I did not always know how the ADA impacted me, it does not mean it did not have an impact. Getting accommodations in college and graduate school is a process that is protected by the ADA, since IDEA only goes through high school. In college and graduate school, I used many different types of accommodations to make sure I could succeed in the classroom. I had extended time, notetakers, the ability to use my computer in the classroom since I have a hard time with handwriting, and I used Kurzweil, an audio program that reads your textbooks to you. One of the reasons I chose the college I did as an undergraduate was because of the disability services they offered and at the time it was one of the best schools for people with learning disabilities. This became even more important in grad school as I noted before with taking the ADA class, but also because I was going to school specifically for disabilities studies which takes a cultural view of disabilities and looks at the ADA but also universal design beyond just compliance with the ADA at the bear minimum. This was important because even though I got retested to get accommodations and was part of Disability Services at Syracuse, the classrooms where I took in my main courses didn’t need a letter or for me to prove that I needed services. These things were available to me but also everyone in the classroom. It also made me more aware of the few classes I had outside my program and how the accommodations were. It was interesting too to realize at both schools that the idea of Disability Services mostly pertained to the classroom or school-run events. The few accommodations available at Syracuse that they didn’t have in my undergraduate included CART, sign language interpreters, service animals and emotional support animals with supporting documentation, and during my final year, a wheelchair accessible van for students to take them to and from classes. That was really it outside the classroom. The availability of accommodations beyond the classroom is important because I worked at the university as well.

For those like me who have a job, ADA protection is really important.

Title I of the ADA also covers employment, which is really important because from 1990 and still today,unemployment is the highest and work force participation is still the lowest among people with disabilities. This is compared to any minoritized group. As some would say, people with disabilities are the last to get hired when times are good and the first to get fired when we hit rocky times. For those like me who have a job, this protection is really important. It allows me to get the accommodations and modifications I need to be able to do my job and do it well. I have been lucky to work primarily around disability rights, so I have been able to get my accommodations without much more than asking. Even then, you have to make sure to be able to know what you need and advocate for yourself and keep making sure your needs are met. At work, I have access toreading machines and support with executive functioning and planning. If for some reason I do not get an accommodation which is a reasonable accommodation and does not change the essential job functions, or if I were to be fired in ways I can prove are because of my disability, I can file an ADA compliant.

I am lucky to be able to have a job and one that is in the community. To be able to have a job that is in the community it, is also important that I live in the community. That is possible because of Title II and the Olmstead Decision. Last month, we talked a little about the Olmstead Decision which marked its 21stanniversary in June. The ADA already included in Title II that states had to offer services for people with disabilities. Olmstead reinforced this and reinforced that we should take away institutional bias and made sure that people could not only live in the community but be able to get supports in the community.  This is important for me, because in the past someone like me may have been institutionalized or had trouble living successfully in the community without being able to access supports. Unfortunately, these are not perfect as I had to leave New York state as I was unable to access services because of the way they manage long term support services for individuals deemed to have too many assets. Different states have different rules about how they do it, so I am moving back to Ohio were I personally am able to private pay. This will allow me to get in-home care to help me keep my own place but also allow me to get staff that can help me become more integrated into the community and go out and be socially active. This impacts my ability to have a good quality life, and just as important, to have and be able to keep a job.

The ADA gave people with disabilities the rights they deserved and had been previously denied.

The ADA was and still is an amazing piece of legislation that gave people with disabilities the rights they deserved and had been previously denied. I am lucky to be a part of the ADA generation and never really lived in a world without the ADA. That being said, sadly, I did not really know about the ADA or disability rights until I was in my 20s and it was something that was more happenstance.  The ADA is perhaps often thought of as a law protecting people with physical disabilities and is the result of their efforts in creating a disability movement.  Although protections are afforded to all people with disabilities, understanding of disability has changed since the ADA and its amendment, and the law is often construed as vague in providing protections for persons with sensory, spatial, cognitive concerns and practical barriers and social stigmas.  Small business might also need support as compliance with ADA guidelines is often considered an undue burden on their survival. As well even for the guidelines that exist, they are not always followed, and it is up to people with disabilities to file complaints and suits, so it sets up systems where perpetrators know how to use that to not get filed against. So, 30 years after the ADA there are still places that are not compliant with the ADA. So hopefully, like they did in 2008 with the ADA amendment act, we can sooner than later bolster up the ADA even more. This could include more oversight to make sure that people are complying with the ADA guidelines and are sensitive and supportive for small businesses to make updates and be inclusive. It would also be important to update some legislation to ensure access around sensory issues and make sure to expand on HCBS and community integration. This could make the ADA even stronger.