Still Dealing With the Scars of Institutional Living 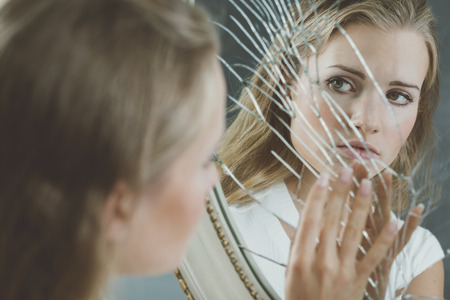 I am a forty-seven-year-old woman with Cerebral Palsy. Thanks to a forward thinking and supportive family, I have lived a life of acceptance and inclusion. However this was not always the case or even the plan my doctors had for me. There was a period of time in my childhood when I was sent to a State School.

My mother was told that in order for me to learn to walk, I would need to be emersed in physical and occupational therapy that a State School would provide. Wanting to do what was best for her child, my mother placed me in the care of the local State School at the age of three for what she believed to be six months.

I saw the kind of life most people with disabilities were forced to live...

While most children of that age were being sent to day care or preschool, I was beginning a program of rigorous and sometimes painful sessions of physical and occupational therapy. Don't misunderstand me, today I am grateful for my time at the school. Because besides learning to walk and gaining physical strength, I also saw the kind of life most people with disabilities were forced to live at the time - a life of seclusion and loneliness in most cases. Recently, I have discovered that I have emotional scars and feelings of trauma stemming from the time away from my family.

I have emotional scars and feelings of trauma stemming from the time away from my family.

Unlike most residents of the school, I was fortunate enough to have my family living in the same town. That meant I could spend the week at the school and spend each weekend with my mother. Unfortunately, that advantage also caused a lot of anguish. It contributed to my feelings of abandonment and seclusion. I was always aware of the fact that my family was close by. However, being a young child I did not understand why I could not stay with them week after week. Yes, I triumphed over CP and learned to walk, but week after week no matter how well I did or how strong I became, I was forced to return to school after only two short days with my family. Fridays would not come fast enough and Sundays came all too soon. It took years for me to think of Sunday as a day for family rather than a day that would end without them.

I know my mother was only following medical advice and never intended for me to have feelings of abandonment but they developed nonetheless. To be clear, I was never abused or mistreated but my time there was not happy. I had no one to tuck me in, read a bedtime story or kiss goodnight. I had nurses or aides dispensing medicine, conducting head counts and securing the bars of a hospital bed. Sadly, my stay which began as six months became twelve months then culminated into eighteen months of separation from my family.

These memories...have only resurfaced as I start the journey of self advocacy.

These memories have been buried a long time and have only resurfaced as I start the journey of self advocacy. I share them now in the hope that voicing them will allow them to heal. My time at the school was not all sad. I learned to swim, I gained an appreciation for the differences in others and I learned that with determination I can achieve the impossible.

I do remember the happiest day I experienced, it was a Friday as my mother loaded me in the car she said " It's time to come home for good."

A woman with Cerebral Palsy, Veronica Ayala recently retired after 20 years in the workforce, mostly in the healthcare field. She is married and is currently training as a self advocate with Texas Partners in Policymaking. She hopes to give a voice to others in the disability world. She is proof that inclusion works!