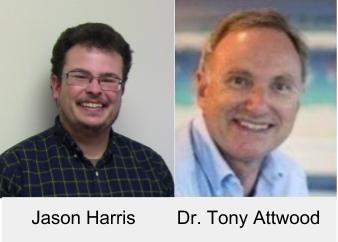 Jason's Connection Original Vlog: Peer Mentoring for Autistic Adults - A video conversation between Jason Harris and Dr. Tony Attwood. The advantage of peer-to-peer mentoring is that people of all abilities develop relationships which are satisfying and allow for growth through connected human interaction.

Tony has written several publications on Asperger's Syndrome. His book, titled Aspergers Syndrome, has now been translated into several languages. He operates his clinic two days a week and supports children and adults by visiting them at school and home. He also spends a large amount of time travelling nationally and internationally to present workshops and papers.
Learn more on his site: http://www.tonyattwood.com.au
Tony Attwood

ABOUT Jason Harris: Founder of Jason's Connection, Jason Harris earned an M.S. in Cultural Foundation of Education and a Certificate of Advanced Disability Studies from Syracuse University. Jason was also one of the founders of the student organization On the Spectrum at Syracuse University. After receiving his graduate degree, Jason joined The Burton Blatt Institute (BBI) at Syracuse University (http://bbi.syr.edu). BBI reaches around the globe in its efforts to advance the civic, economic, and social participation of people with disabilities.