Interview with Director Jenni Gold for her film Cinemability 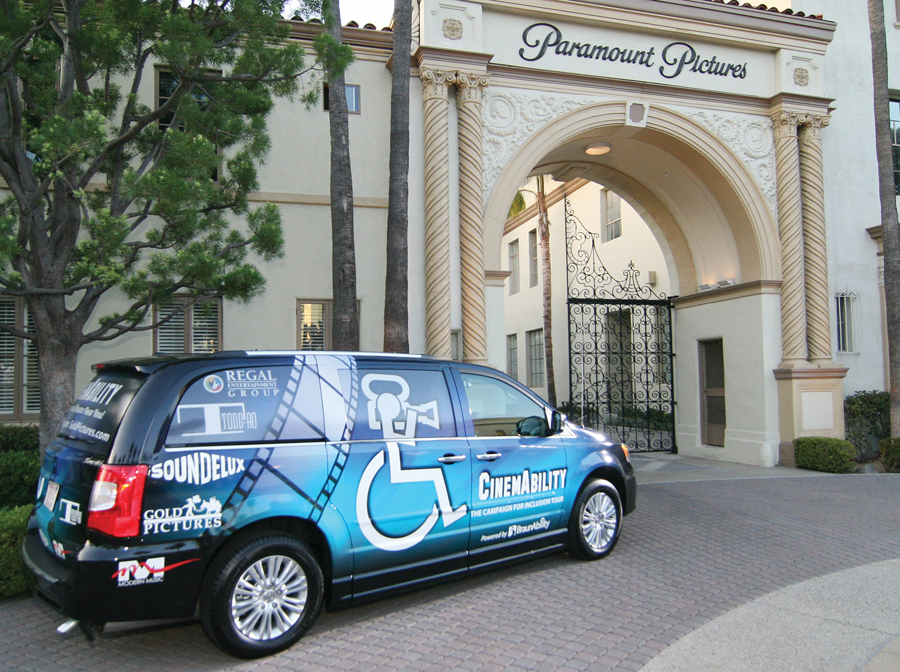 Jason recently sat down to interview national award-winning filmmaker Jenni Gold about her documentary “Cinemability.” Cinemability is a documentary about the history of disability in film and television. The film focuses on presenting cases where Hollywood has both progressed by going beyond the stereotype, while other films perpetuate the stigma. Cinemability features several well known and accomplished actors, writers, directors, and producers bringing together one great thought-provoking film.

JASON: WHAT FILMS DID YOU MAKE BEFORE CINEMABILITY?

JENNI: I went to film school and made a lot of short films. One of them won a Student Emmy Award from the Academy of Television Arts and Sciences. Then my 30 minute thesis film led to me making my first feature. It was an action film. I worked with a great stunt team and I got to blow stuff up, it was fun. I thought if I’m going to Hollywood, especially for a female film director, I better start with an action film. It was a great way to enter Hollywood and Variety even wrote a review about the film stating: “Gold gets a bang for her buck” because we made it with very little money. Hey, we were trying to showcase what we could do even on a tight budget.

JASON: WHY DID YOU CHOOSE TO MAKE A MOVIE ABOUT THE HISTORY OF DISABILITY IN CINEMA?

JENNI: Well I started thinking about it and I knew a lot of people that could contribute to the telling of the story and that the story hadn’t been told before. And that it was very rich with important facts that no one had thought about or had been overlooked. Any time that you find information like that, you should bring it to the world. So I thought it was a perfect time and place and I was the right person to do it.

JASON: ARE THERE ANY ROLES THAT IMPACTED HOW YOU SAW DISABILITY WHEN YOU WERE GROWING UP?

JENNI: That’s funny that you ask that because that’s the question I asked everyone I interviewed – whether there was a movie or a TV show that impacted how they saw disability. And I never thought about it for myself while making the movie, because I was the director, I’m behind the scenes. But now that you ask: the two roles that I remember pretty well was first the teenager who used a wheelchair in Friday the 13th part 2. He was just a normal character in the movie – did the same things as the other characters and was killed similarly to the other characters. He wasn’t treated as the stereotypical person with a disability that you see in many roles that is usually regarded as weak and separated from the group. The other one is a true story about an Olympic skier, named Jill Kinmont, who became disabled from a near-fatal skiing fall. The movie about her life was “The Other Side of the Mountain.” It was so successful that they made a sequel, which is really rare, especially for a small drama like that. In the first one, it was about coming to terms with her new disability, but the second one was about her finding love regardless of her disability, and it was really honest and advanced for the time. I think it is interesting to see what movies made an impact on folks.

JASON: YOUR FILM COVERED SUCH A WIDE RANGE OF DISABILITIES – FROM PHYSICAL TO SENSORY. YOU ALSO COVERED A BEAUTIFUL MIND – WHICH PEOPLE ARE NOT ALWAYS AWARE OF WHAT’S GOING ON WHEN A MOVIE SHOWCASES A DISABILITY THAT ISN’T AS VISIBLE. ANY THOUGHTS OR COMMENTS ON MOVIES THAT FOCUS ON DEVELOPMENTAL OR COGNITIVE DISABILITIES?

JENNI: We tried to cover everything – A Beautiful Mind, Temple Grandin, and we really tried to cover from silent films made almost a hundred years ago to movies as recent as 2012’s “The Sessions.” Our first cut ended up being 4 hours long! Then we were able to knock it down to 2 hours and finally the cut you watched is 100 minutes. A lot of great stuff ended up on the cutting room floor. I’m really glad we were able to make the documentary because it needed to be made. When we’ve done our special screenings – people of all types, able-bodied, people with disabilities, everyone, have been very enthusiastic about the film and we’ve had a tremendous response. We want everyone to see it because we really believe that this movie is a catalyst for a new understanding. Yes, the film will make you laugh, it will keep you entertained, and at the same time change hearts and minds. If we can do that – we can change the world.

JASON: WHAT DID YOU LEARN AND TAKE AWAY WHEN YOU WERE MAKING THIS FILM? WAS THERE ANYTHING THAT SURPRISED YOU?

JENNI: A big surprise was Susan Peters. Just covering her and how well she was treated back in the 40s. She was a person I didn’t know about – until her films popped up when we were researching. She was in a movie called “Random Harvest” and she was nominated for an Oscar in that supporting role and was being groomed as the next big star. But then she was injured in a hunting accident and became paralyzed. Back then, most people would expect the story to end there. But they developed a project for her to star in and she continued her work. She starred in one of the first TV shows – a soap opera. She played a role where she was a lawyer with a love life and it was very progressive for its time. I didn’t know that the first character with a disability that was on TV was actually at the very, very beginning of television period and played by an actress who herself had a disability. It was a positive role in a time that most were not portrayed in such a positive light.

JASON: IT IS INTERESTING HOW IN MEDIA, WE HAVE THIS PENDULUM MOTION WITH APPROACHES TO PEOPLE WITH DISABILITIES. IT GOES BACK AND FORTH BETWEEN PROGRESSIVE AND WEAK OR NEGATIVE REPRESENTATIONS. WE JUST HAVE TO KEEP THE BALL GOING FORWARD NOW. 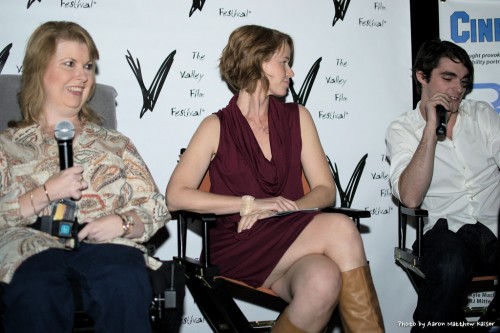 JENNI: Yes – I just expected that we would continue on this path of “getting better, better, and better” but that is not exactly the case. I didn’t expect that some current films would revert to old stereotypes. It took a long time to make this film, because it takes a while to get everyone interviewed – having to work around their schedules. So we were working on it when Million Dollar Baby came out. And that was a big surprise and kind of messed up my thesis of movies evolving into positive portrayals. This movie comes out and basically says “Hey, if you are going to be severely disabled, you might as well not live” and that’s not a great message.

What’s interesting is the same year it came out and won the Academy Award, it was up against Ray, which is a true story about a man who overcomes racism, drug addiction, and blindness and becomes a huge success. Those themes are amazing – Ray Charles fights through all three of these challenges which is an amazing thing to overcome just one of them. The movie was incredible – Jamie Foxx is amazing and yet, it didn’t win best picture that year – Million Dollar Baby won instead.