Look at my Assets: Re "seeing" people 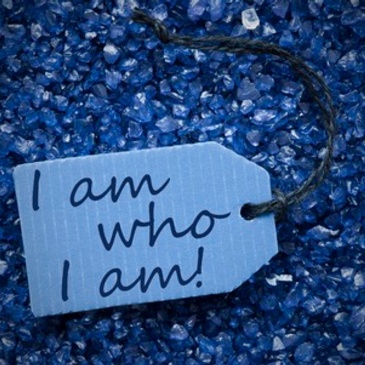 The United States of America has a great legacy of individualism. How many times have you heard about someone pulling themselves up by their own “bootstraps?” I am not going to discount that notion but let’s take a look at that idea further. How have so many people in the United States allegedly pulled themselves up? People, who have built themselves up, tend to focus on their assets. They focused on what they liked, what they could do, and what they desire. People have helped them in some way cultivate their capability and confidence.

We see Steve Jobs through his assets. It becomes a footnote in some ways that Steve Jobs was not American born, or an orphan, or smelled bad, or even that he got fired from Apple once. His assets are what we recognize. This isn’t just true for famous people. This is true in our everyday life. We like people for the assets or value they bring. Sometimes that is monetary, sometimes that is position-based and other times it is based on skills or personality.

People love hanging out with that one particular person because they are funny or socially outgoing or have a great job.

A personal example is my identity of disability. I do have an invisible disability that was evident from an early age. When we look at disability we also look at needs. I was initially diagnosed with a learning disability. A lot of diagnoses come with the assertion that one will never be able to do certain things or have limitations with the added assumption incur struggles/challenges and have multiple needs.

First off, it is important to recognize, we all have trouble with some things; that is life!

I have never met or heard of a person without flaws, trials or tribulations. It is also okay to admit that. I don’t want to work in the field of math because it is tough for me. I also choose to park my car in parking lots instead of on the street parking because that is easier for me spatially. So the mindset or worry that I may never be able to do something, may not happen. However, this sometimes becomes the mindset of how we work with people who have challenges and needs in our communities.

Most of my school age life was spent trying to “fix” myself. I learned to do what I felt I needed to do, to be accepted. I always felt that I was only as good as the next thing I worked got right. In the end, I didn’t know what I was truly good at and to some extent I still have trouble with that. My identity become what I Could Not Do and What More I Needed To Achieve, rather then being able to focus on what I was good at or interested in pursuing. I went to college because that was normal and expected. Once I made it to college, my focus was on what do I need to do “to be better.” Then and now I still have trouble seeing what I have done well.

Some of that might be personality. However, I know there were so many times that I tried telling others what I needed or ways to help me in another way that was a better fit for me. Often as a result there would be a backlash that made me feel bad about myself for not being heard but also feeling maybe I was inflexible.

Recently though I have not necessarily denied that I have needs, but more and more my focus has become on my Assets and my Abilities. How to put my “best foot forward” is a newer strategy.

I am lucky to have made that internal shift. Not all people are in an environment that can help nurture a positive shift and mindset when they do have struggles. Some with disabilities are forced into places that take care of them or jobs that are limited based on what others think they can achieve.

Let me give you an example of how needs versus assets work. One of the things I still want are friends. In a “needs” based approach; it would be Jason has autism. Because he has autism he probably has problems with social skills. Lets teach him social skills. The asset model work likes this, Jason wants to meet people, and Jason does well and likes discussions. One discussion Jason likes is history. Maybe a history group will be good for Jason. This asset does not ignore the fact of my need or some hiccups but the focus is on myself and my assets, not the negative. In service work we tend to hear so much about the result and the problem that we sometimes forget the person’s individuality and skills. This does not solve everything but it does seem to be effective. Of the people I know with disabilities, the people who I know are the happiest, most productive, have relationships and so forth,  have an ability to focus on what they are good at and have a background of people not putting unnecessary presumed limitations on them. I find that I am happier and more productive when I perceive that myself and given opportunities to show my assets and have it be part of my identity.