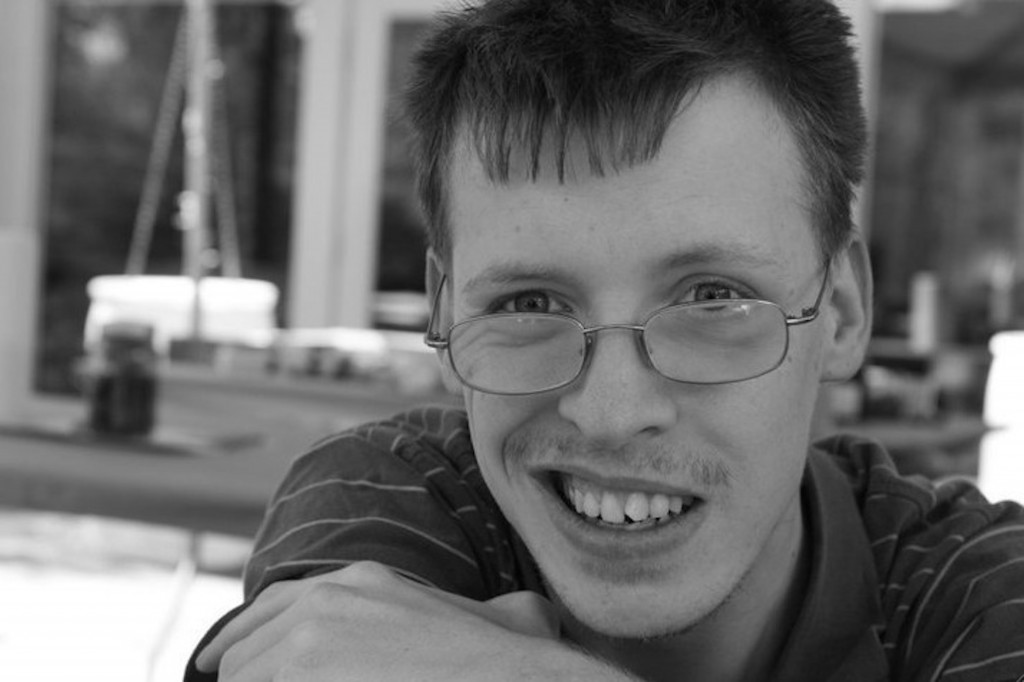 As a kid, I hated being singled-­?out because of my disability; I could do anything any other kid could do. Even though there were certain things I clearly could not do, I never saw it that way. One of my parent’s favorite stories of me growing up was when I asked one of my friends, “How many steps can you walk in a row? I can walk 100 steps!” As you can imagine, the boy was quite confused at this question, as walking was natural to him, so why would he bother counting his steps? To me, 100 steps was a huge accomplishment, and it didn’t matter whether all of my friends could walk or not, I still used 100 steps as a bragging right.

Through elementary and middle school, I was popular; everybody knew me and I had plenty of friends. I remember my favorite word back then was the combination of hi and bye, “hi-­?bye”, simply because so many people would say “hi” to me randomly (this is probably why I ‘m not good at facial recognition now), and quickly pass by.

The shift really started in middle school when I started to notice I was being singled out more and more because of my disability—things like not being invited to as many places or included in games at school. In middle school, the big thing was making tweeties (folded up paper sometimes with paper clips added for extra pain) and shooting them at classmates with rubber bands. For some reason I never had to worry about being a target, except for the occasional stray; it was almost like an unspoken rule not to hit Justin. Then one day, in 7th grade, a good friend of mine shot me; it seriously hurt, so I retaliated. Even though it hurt like hell, it was a very proud moment for me because I forgot about my difference, and my friend thought I should be tormented with the stupid tweeties, just like everyone else. 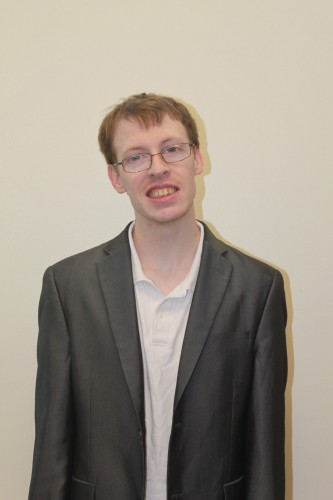 When I entered high school everything changed for me; people started to care about their appearances and wanted to “fit in”. I was like everyone else who did not fit the social norm during their high school years; I was someone who nobody wanted to be associated with because I was different.

Everybody knew I could not run or swim as fast as others, it was just a fact, and I was the only one with a physical disability amongst my friends. This didn’t stop me from wanting to race my friends, just like any other kid would do. Although I almost always got an advantage somehow, usually either a head start or going half the distance, it was more about the fun of racing than anything else, and I didn’t let my disability be an excuse. My cousin and I would frequently go swimming after school and we would race to the edges of the pool, but he never gave me any kind of privilege. When he won he would still brag and rub my nose in it. At the time I didn’t think too much of this, we were two kids having fun in the pool, until I overheard my friends saying how rude my cousin was for bragging when he beat me. On the contrary, the way he acted helped me feel like we were just two ordinary kids playing in the pool, and it boosted my confidence to be treated like everyone else.

For a while, my brother and sister’s friends became a strong friend base for me, too. They frequently interacted with me, which allowed them to see past my disability, whereas in high school I felt that people defined me more by my Cerebral Palsy, causing them to be standoffish and misunderstand my disability. This followed me through college; there was still that ‘disability barrier’. As soon as I had an interaction with someone, they were usually able to see past the disability, but achieving the first interaction is usually the hardest part for both parties.

“I don’t let my disability limit me, and I don’t think other people’s disabilities should limit them, either.”

One semester in college, I had to sign up for a pitch contest for a class. There was nothing I hated more than speaking in front of crowds, and to add to that fear, it was timed. I ended up going 3 minutes over and fumbling my words even though I thought I knew it by heart. To put it simply, it sucked. Everybody around me was telling me how great of a job I did, which I knew was false, and every time I heard this I felt worse about my performance. The next day, I bumped in to a classmate who told me, “Justin, you were terrible. I filmed it on my phone, do you want to watch it?” Of course I replied accordingly, but in all actuality I couldn’t thank him enough for his honesty. My disability was not a factor for him, I was just truly bad.

To outsiders, these occurrences might seem like people being rude or insensitive, but to me, they are simply treating me as if my disability doesn’t exist. I may talk and walk differently and need some extra help now and then, but at the end of day, I am a person like everyone else. Disability or not, everyone has felt singled out at some point in their lives. This is usually the result of assumptions made by others, and everyone is guilty of it. People need to see people for who they are at the core, simply human.

JUSTIN FARLEY, founder of UNlimiters, is a passionate advocate of unlimited living. He was born with Cerebral Palsy and every day is determined to find ways to live more independently and confidently, and share that knowledge with others living with a disability.