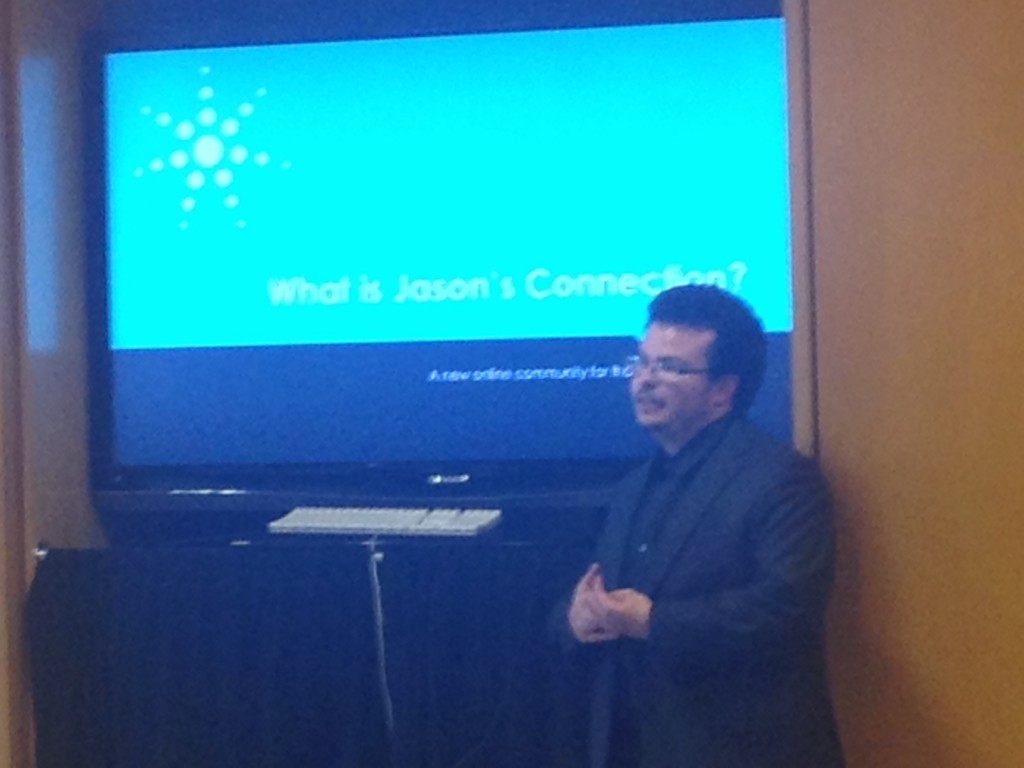 ReelAbilities originated in New York City and is a national film festival presenting the lives, stories, and artistic expressions of people with disabilities. Jason Harris was invited to speak following the film, Stand Clear of the Closing Doors about a 13 year-old-boy who, while deeply imaginative but painfully isolated, struggles with autism.

Jason, who is on the Asperger’s Spectrum, shared his insights about the film and having an invisible disability. Highlighted were his comments about the range of abilities and characteristics. He stressed that when you meet one person on the spectrum, you meet ONE person and that everyone is unique and different with his or her own tendencies, aspirations, and interests just like anybody else. He cautioned that stereotypical thinking or representations on television or in the media do not represent the full picture of persons with a developmental disability.  While Jason admits he can “get in his head,” he also has a love of social engagements with friends and family, has many diverse interests, and enjoys a good sense of humor!

Jason’s Connection, an Ohio 501 (c)(3) nonprofit organization established in 2013, created the jasonsconnection.org website and is funded through the generosity of Saul Schottenstein Foundation B  and the Susan C. and Jeffrey P. Harris Family Foundation.