It's All About Perspective! 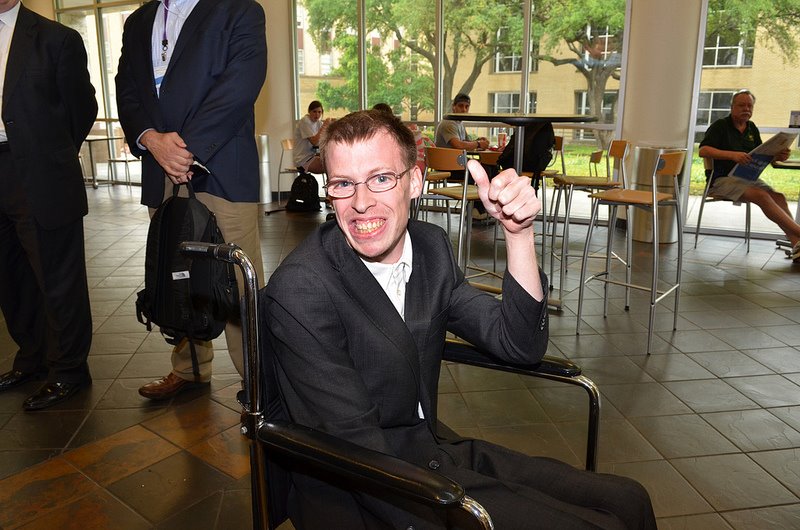 In the same respect, I believe perspective is one of the most powerful tools we have. The perspective we have on things can transform a good day into a terrible day or something terrible into something amazing. Have you ever known a person who always seems to have bad luck? I believe it is all relative; it just matters how somebody sees their own situation. My dad likes to say he is the most optimistic guy ever because he can see the positive in almost every situation. He has instilled the same mind set in me;

I CHOOSE to see the good.

Knowing the Paralympics would be televised for the first time in U.S. history, I was quite excited to watch the games. But when I checked the schedule, I saw they would only be on during odd, early morning hours. I then saw the bitter comments left by viewers below the schedule, stating how ridiculous the hours were, and I had to agree. Nobody sane is up during those hours. As I read the last comment, which stated the fact that it was far better coverage than in previous years when none of the Paralympics were televised, my perspective reverted back to excitement. It was all about perspective, someone chose to see it as a positive and it made all of the negative comments unjustifiable.

Having a disability allows me to have a different perspective than most. I tend to people?watch a
lot, and I like to see situations from other views than my own. One of the most amusing things to see, in my opinion, is someone getting spooked by someone else. The element of surprise inspires the best reactions.

Did you jump? This was how my brother always tried to scare me. I have an exaggerated startle reflex, which is common in people with cerebral palsy, and nearly every sudden sound startles me and makes me jump like I just saw a ghost, whether it’s a dog barking or a simple tap on my shoulder. I have even been known to walk out of a movie because of the startling sounds.

I allow a person three times of scaring me before asking them to stop. The first time is usually done by accident, the second is for this person to confirm how easily I startle and the third time lets them have a little fun with it. If they continue to do it after the third time, I politely ask them to stop and communicate the true reason why they are so successful, and that making me jump takes about as much talent as pushing me over. When they learn that the reason I startle easily is due to my disability, it often causes them to feel guilty for doing it in the first place, although that is not my intention. Let’s face it, there is nothing more fun than scaring the daylights out of someone; I know I’m proud when I manage to scare someone. I realize to some people I am a gold mine, and this is why I give three freebies before getting mad.

I give myself a chance to see things from their perspective. 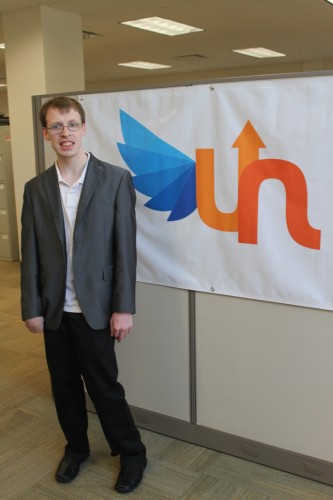 When I was in college, I took a Japanese class. Since I knew a big part of Japanese was learning how to write it, I had to talk to the teacher to see if it was possible for me to even to take her class, given that my Cerebral Palsy causes shakiness and tremors. I remember the first time talking to her, she confirmed I could take the class by saying, “I had a person like you before”. This comment made me worry about the treatment I would receive from her. She automatically grouped me in with other people with disabilities, yet I am my own person, and had just as much desire to learn the language as the next student.

On the last day of class, I told her I couldn’t continue taking Japanese the following semester, and she actually got mad, telling me that I was one of her best students. The way she viewed me did a complete 180 and changed completely. She no longer saw me as my disability, but instead saw me as a great Japanese student. I felt fortunate to be a part of changing her perspective.

A lot of people mistake physical disabilities with cognitive disabilities because of their
perception. When I go to restaurants I am often handed a kids menu, receive my drink in a to-­?go cup, or am completely ignored while they ask someone else at the table what I want to order. When I go out to eat with my father, he makes a point to look at me when I order to make sure they won’t ask him. Even with him looking at me, they sometimes still look to him for clarification or to affirm my order, which my father then points back at me to answer. People see me walking differently and getting help to the table, and assume I can’t order for myself. Some people tune me out when I order because my speech is a little off, resulting in them asking other people for clarification rather than asking me. This treatment is all too common. The big problem lies within people jumping to conclusions based on what they think they see.

When they take the time to really listen, they quickly learn I am actually like everyone else.

While perception causes people to jump to conclusions and assumptions, if they take a step
back and allow for greater perspective, and to see all that I’m capable of, those incorrect, negative perceptions will go out the window. Additionally, I make it a point to pause for a moment and recognize that not all people have been educated about disabilities, or the differences among them, and see things from their perspective.

It’s all about perspective. Your perspective can be the most limiting or unlimiting tool you have at your disposal. It can change how you see a certain situation for the worse, or for the better. It all depends how you view something, and it sometimes causes you to make assumptions that often aren’t true.

Try changing your perspective once in a while, you will be surprised with what you see. Life is good!