This is the second part of a 2 part interview with Isaac Zablocki. Read Part 1.

JASON: REELABILITIES TENDS TO HAVE A LOT OF NON-TRADITIONAL STORY ARCS – WHY DO YOU THINK THAT’S SO?

ISAAC: Well, first we feature a lot of films from around the world. At first we were getting a lot of international films as opposed to American films about disabilities.  Much of that is because of the funding structure in different countries where there is more government funding for films of different topics that aren’t as “popular” as mainstreams. It wasn’t like a studio that was trying to make their investment back or independent films where they really had to pay their investors back. In America, where we have these two systems, it’s important for movies to be a commercial success so filmmakers tend to shy away from disabilities. When in reality, it’s the biggest minority in the world. These topics should be seen and be interacted with. Hollywood too often sees disabilities as a topic that people don’t want to engage with and that it would be a bad investment. The amount of films we are getting from America is growing both independently and commercially. We really have fantastic films and unfortunately a lot of the films go completely under the radar and that’s nice for us because we can have premieres for many films from around the world and from the US.

Ultimately, we seek films that will play well for the audience. Still as many are foreign or indie, they will sometimes not follow the structure of mainstream cinema. By definition, these films are breaking from the mainstream by including disabilities, so it is not surprising if the stories are out of the ordinary as well.

JASON: DO YOU THINK THAT REELABILITIES IS WHAT HELPED CHANGE HOLLYWOOD TO TAKE ON MORE OF THESE MOVIES?

ISAAC: I wish we could take full credit for that, but I think we’re simply part of a bigger wave of change. The guilds, the screen actors’ guilds, the writers’ guild, the directors’ guild, etc, need to be more inclusive and diversify. It used to be very black and white – but now there is a new wave leaning towards diversity and Hollywood is finally grabbing onto it.

Something we didn’t intend to have happen is there is definitely a group of artists that have connected through ReelAbilities and it has become a meeting place for artists with disabilities. These artists will go to the screenings and then go to the bar next door afterwards and there will be ten people sitting around a table that have different disabilities, who might have never met before. And they’re plotting the revolution. They talk about how they’re going to make their next project and how they’re going to bring about change.

JASON: WHEN DID YOU REALIZE THAT FILM WAS GOING TO BE SUCH A BIG PART OF YOUR LIFE?

ISAAC: As far back as I remember. I’ve been seeing films all of my life and some of my first memories are of going to the movies. My first movie in the theater was actually Dumbo, as a re-release. Throughout my life, movies would impact me deeply. I always combined in my head reality and film. I knew this was an area in which I would want to work. My other passion is education and I very much saw film as a way to educate.

I served in the Israeli Army and I was in charge of creating educational films. Some people would see this just as propaganda, but much of it was not. We would use film to motivate or better teach a topic. Some films would be very technical and show things that couldn’t be shown without animation or a trick of the camera like how a rifle works. I have learning differences myself and I would always learn more from visuals and from film rather than a teacher and a book.

I really do think that movies impact us and is an important way to communicate. I see ReelAbilities as a way to push change to better communication and a better use of filmmaking.

JASON: YOU ALSO WORK ON ANOTHER FILM FESTIVAL, THE ISRAELI FILM FESTIVAL. DO WANT TO TALK ABOUT HOW THAT WORKS?

ISAAC: We show a lot of Israeli films – we run in November the Other Israel Film Festival about Arab and minority populations in Israel, which is again taking topics from the sidelines and bringing to them to the center. This film festival came first, yes, and I feel as though ReelAbilities was influenced by it. The format is similar – we encourage engagement after the films to bring the topic off of the screen. We will bring in films that the Jewish community will tend to shy away from. We try to show an other side of Israel to the Jewish community.

JASON: WHAT ARE SOME THINGS YOU’VE LEARNED FROM REELABILITIES?

ISAAC: Here are 4 things I have learned –

1)      BLIND PEOPLE GO TO MOVIES and we can create a great environment for them. At ReelAbilities we provide audio description for the blind, something we didn’t realize we could do when we first started the festival.

2)      HOW TO ORGANIZE A Q&A FOR THE DEAF AND HEARING IMPAIRED COMMUNITY. Interacting with people from the hearing impaired and deaf community. We brought in a deaf director from England. The director used British Sign Language not American Sign Language. We need an interpreter for the interpreter. There is no universal sign language. When you hand the microphone to someone who is deaf who wants to ask a question, you prohibit them from asking the question. You have to hand it to the interpreter to interpret for the rest of the audience. Plus you have to have someone sign for the deaf members of the audience. 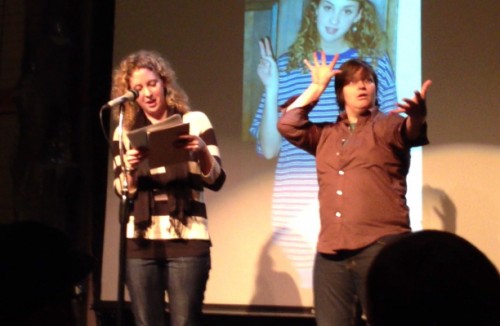 3)      YOU NEVER KNOW WHAT LIES BENEATH THE SURFACE. We showed a closing night film Wretches and Jabbers that forever changed my life. It was about two adults that were on the Autism Spectrum and regarded as very low-functioning. However, later in life, they learned how to read and write by using a typewriter or pointing to letters. After showing the film, the two people featured in the movie stayed for a Q&A session and by the end there was not a dry eye in the house. These two men answered with humor and sophistication that we just didn’t expect. They really understood the psychology and impact of their disability.  The audience stayed, patiently, as they answered every question by typing one letter at a time.

4)      THE FOURTH THING I LEARNED WAS ACCESSIBILITY – it shocked me to see how inaccessible our world is. There is still a long way to go, we’ve made good strides, such as better wheelchair access on buses. But there are too many people that can’t get to ReelAbilities because of low accessibility options, and it really breaks my heart. 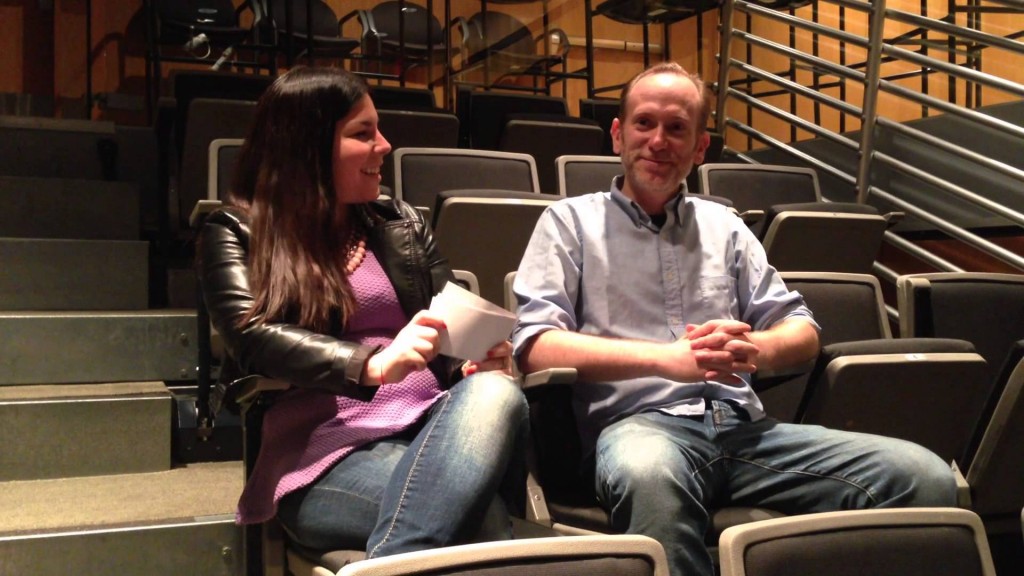 Isaac Zablocki is the Film Director at the JCC Manhattan, where he oversees the NYC division of the ReelAbilities Disabilities Film Festival, as well as the Israeli Film Festival. Isaac also is a contributor for the Huffington Post.