How To Fit A Square Peg Through A Round Hole 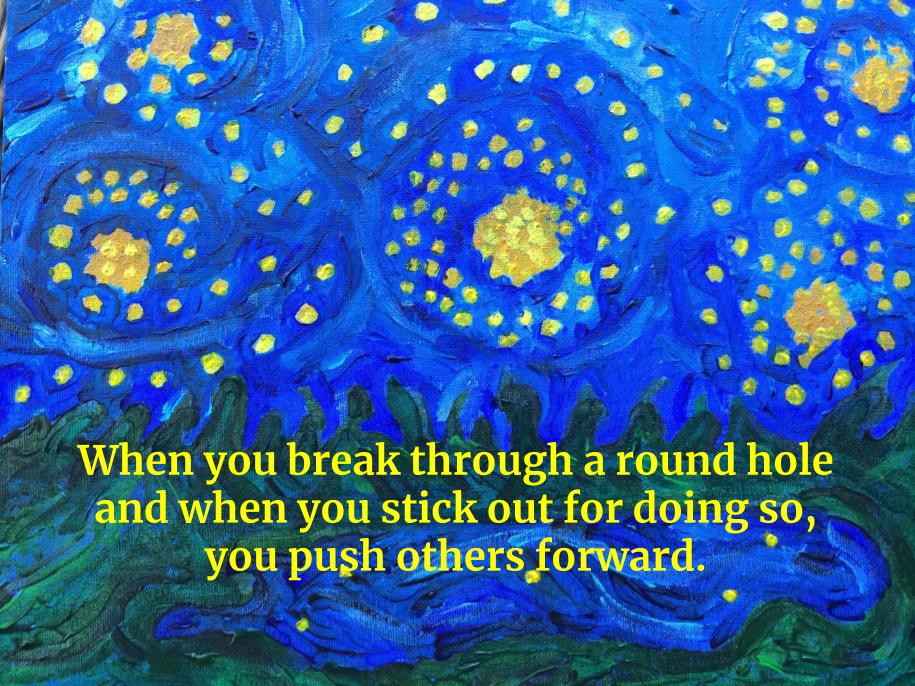 Parker: For those of you who are unfamiliar with the TED format – just as I was – I am allotted 18 minutes to speak here with you all.

Now, since I am a person who stutters and since it can sometimes take me twice as long to say certain words, I therefore only needed to come up with about a nine minute presentation – so the workload was cut in half.
But in all seriousness, it is a particular honor to be here because I stand before you a square peg on this round hole.

As the theme of this conference suggests, it's true that there is, and will only be, one of us.

We are one of one.

Out of many, we are one.

Conversely, if that president's running mate, Joe Biden, thinks he can become the Vice President of the United States despite being a person who stutters, that's a breakthrough for me, even if I'm not exactly a Democrat.

You see, for us square pegs, just as our trials are shared, so too are our triumphs.

Throughout the trials and triumphs of my experiences with stuttering – throughout the trials of barely being able to talk for myself as a shy boy and the triumphs of being able to talk for United States Senators as a spokesman – I have given much thought to that age-old question of how we square pegs fit through a round hole; how we fit through the opportunities before us. And what I have found along that journey is that we have three answers – and therefore three options:

Option #1: We can simply refuse to try to do so because it's a seemingly impossible task. It's a mismatch. It is, as the very dilemma suggests, a square peg and a round hole.

Option #2: We can break the square peg or shrink down its shape to a shadow of itself. But at that point, the square peg isn't fitting in so much as it's just getting by.

But when we do something as consequential as run for office or something as seemingly inconsequential as attend high school – when we choose to follow our talent instead of our trepidation – we are redirecting the hammer away from the peg and towards the hole. When we choose to seek out – not skip out – on the opportunities before us, we are chipping away at what was previously a solidly round world and we're making it a little more square. We're making it look a little more like us.

But I don't want to just talk about the how; I also want to share with you the why.

When you choose to break through a round hole, here's a look at what's waiting for you on the other side: 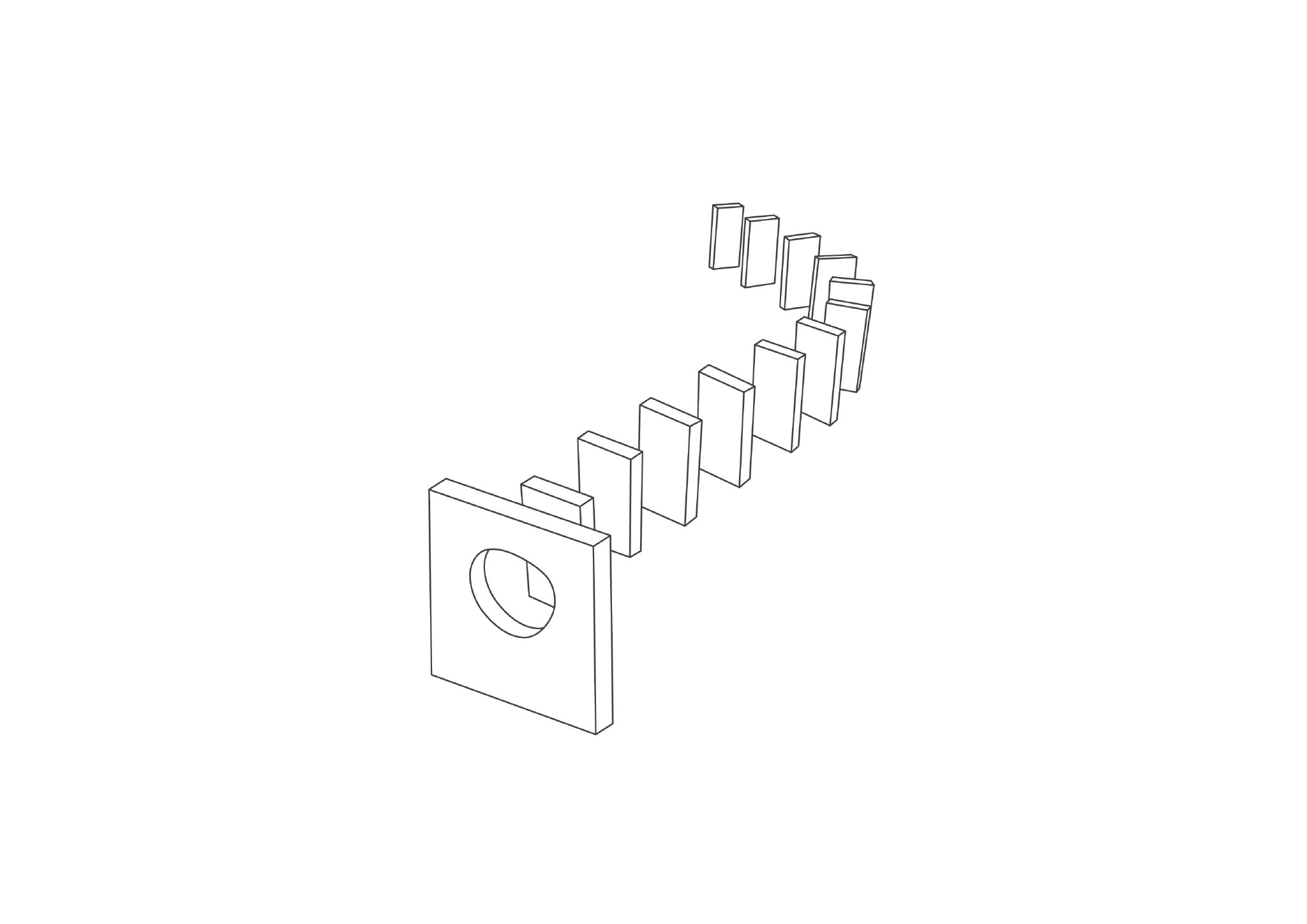 In my 2014 Indiana University commencement address, I mentioned some of the square pegs throughout history who reshaped our round world not by overcoming their challenges but by persisting in the face of them. I mentioned that Beethoven listened to his calling despite being deaf and that FDR ran for office despite being unable to walk.

Now without diminishing their tremendous impact on our world, their moments in time are spaced out a bit too far from ours.

When you break through a round hole and when you stick out for doing so, you push others forward.

We need you because when you break through a round hole and when you stick out for doing so, you push others forward. 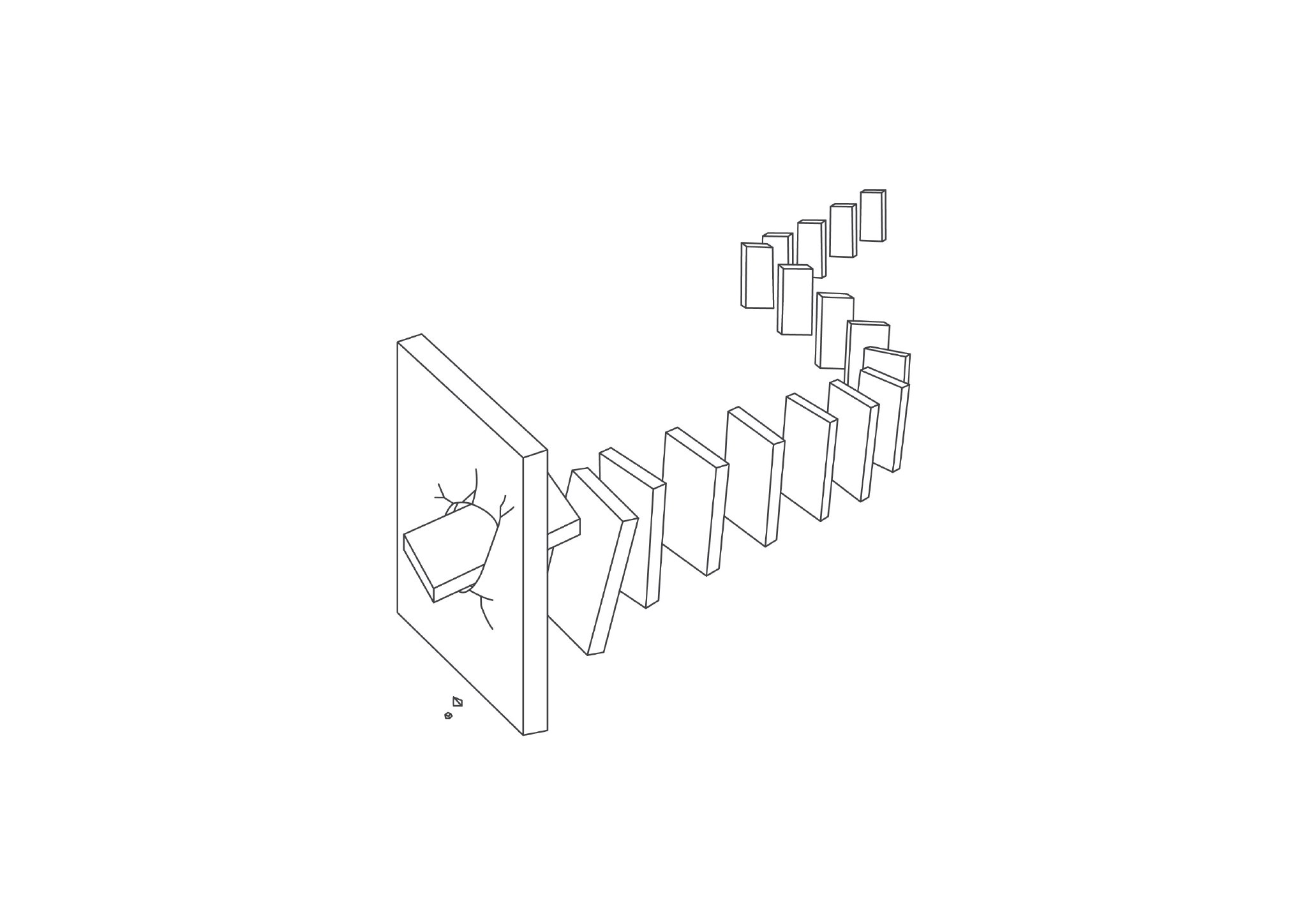 If you're a would-be medical researcher, wondering if being on the autism spectrum should prevent you from pursuing that path, know that there is going to be a similar square peg further down that chain – further down your chain – who just might be the missing puzzle piece needed to help find the cure for cancer. That someone, somewhere is waiting on you to stick out and to give them that push forward.

If you're a potential public servant, wondering if being blind should prevent you from pursuing that path, know that there is going to be a similar square peg down your chain who just might be the change they want to see in the world – all without even seeing the world itself. That someone, somewhere is waiting on you to stick out and to give them that push forward.

If you're dreaming of becoming an astronaut, but also wondering if being bound to a wheelchair should prevent you from pursuing that path, know that there is going to be a similar square peg down your chain who just might be the one to take the next giant leap for mankind – all without even taking one small step. That someone, somewhere is waiting on you to stick out and to give them that push forward.

Now as the presenter of a TED Talk, I know that being up here means that I'm the one who is supposed to have all of the answers. But, in fact, you all do.

And when they do – when they wonder if they should hold themselves back – my question for you is: Will they feel your push forward?

Parker Mantell’s 2014 Indiana University commencement address was the subject of a nationally televised commercial and featured by outlets such as CNN, NBC's "TODAY," and People – and has inspired people in all 50 states, as well as in over 200 countries and territories worldwide. Following his address, Mantell traveled the country to speak at conferences, universities, and high schools.

At the age of 21, Mantell joined the National Republican Senatorial Committee as its War Room Director; by 22, he was promoted to Press Secretary. Parker is currently the Communications & Research Director for Cavalry, LLC, which recently ranked second on POLITICO's list of "the most powerful people and groups in Washington."