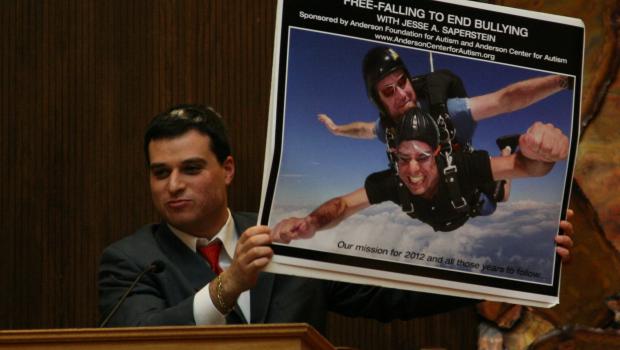 Jason’s Connection is excited to present this amazing guest writer, Best-Selling Author Jesse Saperstein, and his article about how bullying continues into adulthood.

Some people claim that bullying ends after middle school or is not a problem worth investing energy into as adult maturity takes over.  One cannot be more naïve or wrong about this notion.

I sit here in the guest house of my alma mater, Hobart and William Smith Colleges preparing to give a speech tomorrow about the highs and lows of living with Asperger’s as well as my experiences at this campus.  Many things have changed for the better since I first set foot on campus fourteen years ago.  There is more impressive architecture and greater supports for students with social disabilities.  I very easily logged onto the Wi-Fi service and laugh at how primitive it used to be when we were tethered to a phone line for Internet usage.  I do not know how things have changed specifically for those students building a life on campus with social disabilities, but I remember my own experience. 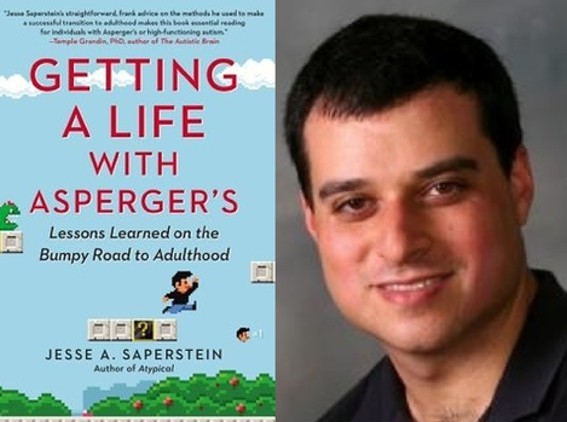 They told me that college would be a fresh start with greater minds.  The isolation and bullying that plagued me in high school would supposedly come to an abrupt halt.  This quickly turned out to not be the case as my issues with “generalization” and others challenges related to having Asperger’s syndrome ruined the start of my college experience.  First impressions were not forgiven as I behaved the same way that sometimes worked in the high school environment.  My class clowning was not appreciated even in moderation.  A very difficult lesson came out of this experience in that sometimes it is worth doing as little as possible and simply observing one’s new environment and the expectations nobody warns us about, for that matter.

We should assume that the ravages of bullying and irrational fear are going to continue to stalk individuals long after they leave their past environments for more tolerant ones.

A roster of new nicknames quickly were attached to my existence as I was called things like “Sketchy Jesse,” Scary Jesse.” “The Stalker,” and “Running Jesse” from my tendency to run all over campus regardless of whether I were actually late.  It just became another habit among plenty of others that were socially-damaging.  Now that I am back on campus as a quasi-celebrity who has written two books, there is a sense of catharsis as well as a fruitless dream to want to replicate my college experience.  The closest I can come to this ambition is trying to make the lives of the current students a little bit more bearable on top of the work that the dedicated faculty is already doing on their own.

People often say that to “assume” is to make an Ass out of U and Me!  On the other hand, there are plenty of other times in which assuming is a win-win situation for all involved.  We should assume that the ravages of bullying and irrational fear are going to continue to stalk individuals long after they leave their past environments for more tolerant ones.  We should assume it will be necessary to advocate for oneself in these new settings where abuse may simply take a different form.

Returning to campus is special and cathartic because I know things have changed for the better and would like to think my tenure at Hobart and William Smith was a pioneering experience for faculty members who had never even heard of Asperger’s and were thus not sure how to accommodate students with unique social needs.  If a student were accused of stalking there would be some understanding of the difference between a threat compared to a misunderstanding that simply escalated out-of-control.  Students with Asperger’s are hopefully more willing to open up about their diagnosis and what they need from the other students to have a fighting chance of becoming very successful.

It would be nice to someday serve as an advocate who travels to campuses in order to make the lives of specific students a little easier to save their college experience.

Jesse Saperstein is a best-selling author and advocate for autism and the end of bullying. Through his books, Getting a Life with Asperger’s: Lessons Learned on the Bumpy Road to Adulthood  and Atypical: Life with Asperger’s in 20 1/3 Chapters  and public presentations, Jesse is reducing bullying nationwide. In addition, he was brought to New York University, where he is going into New York City schools and infusing anti-bullying education with the “Keeping It Real” project.