PTSD affects nearly 8 million  Americans each year, and just as the causes vary, so do the treatments. No two people will react the same way to a single method, so it’s important for some sufferers of post traumatic stress disorder to speak with their doctor about what might be right for them. There are many conventional methods of treatment, such as cognitive behavioral therapy --which involves a trained therapist helping the sufferer change the way they think about the trauma that affected them and is one of the most successful treatments for PTSD--and exposure therapy, where the sufferer learns to face their biggest fears regarding the trauma. These treatments are, statistically speaking, the most successful, but that does not mean they are right for everyone. It’s important for sufferers of PTSD to speak to their doctor or therapist about finding treatment that will be good for them in the long run. 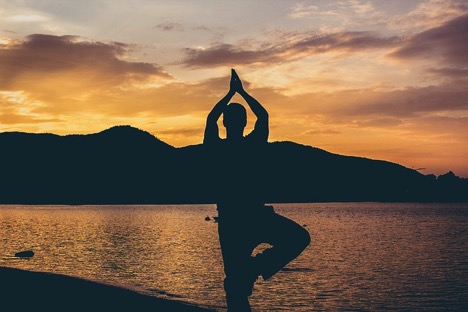 Acupuncture is a form of Eastern medicine that employs tiny needles stuck in pressure points all over the body to relieve physical, emotional, and mental stresses.

This technique is similar to acupuncture in that it uses the same pressure points on the body, but instead of needles, a trained therapist taps on the points with their fingers while the sufferer thinks intensely about their trauma or the issues it has caused. Sometimes, the sufferer will also voice positive affirmations out loud.

Meditation can be very successful treatment for some sufferers of PTSD and might involve yoga or other form of concentrated exercise, which can be beneficial for those suffering from depression or another mood disorder. Meditation is calming, relaxing, and allows the individual to focus on being in the moment rather than living in their past trauma.

It’s important for any sufferer of PTSD to be honest with their healthcare provider about their use of drugs or alcohol, as this can impede progress in recovery and even lead to more issues. It’s also important to remember that these practices are simply alternatives to the more conventional therapies, and there is no guarantee they will work.

“Right now, I think the majority of use of these approaches is adjunctive, either to treat some specific problems associated with PTSD or to promote wellness. Certainly, there are exceptions, and there has been a very small amount of research examining these treatments as primary interventions for PTSD. To the best of my knowledge, there’s been only one well-done study in this area, and it was a study done some time ago on acupuncture. That single study said that acupuncture was effective and comparably effective to group cognitive-behavioral therapy,” says Paula Schnurr, PhD.

Amanda believes there is only one greater feeling than being recognized for a job well done — the fulfillment that comes from honoring someone’s achievements! To read more from Amanda, check out her other blogs